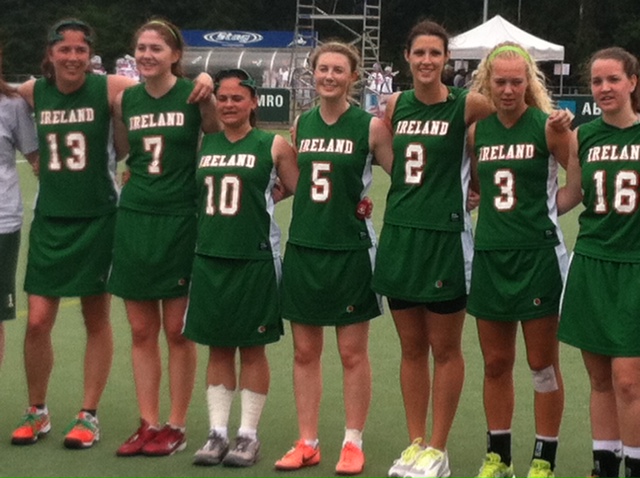 Solid win over Switzerland. It was not our prettiest game, but we were still able to pull out twenty goals from many different shooters. My roommate Meabh, #7, and Aoife, #11, both scored their first international goals, and Aisling, #10, was tallying up the assists. I nearly went nuts when Meabh scored. I was out at the time, but otherwise I would be caught on film jumping all over the place. 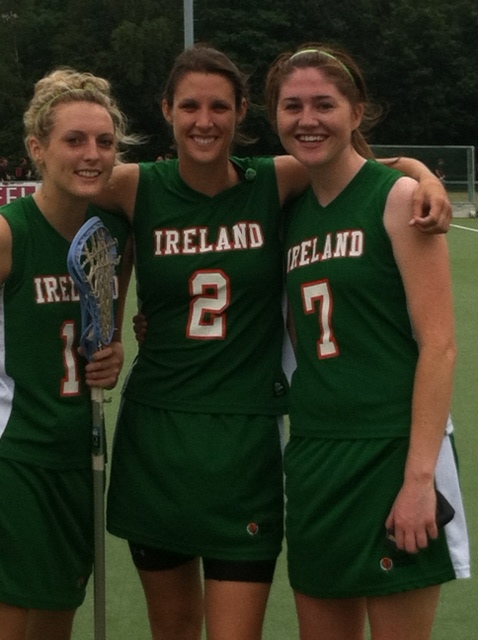 Vanessa, Caroline, and I all had four goals on the day and hope to repeat that trend again today against Wales. With the draw against the Netherlands, we were hoping that our goal differential would be better, placing us in third going into the Quarterfinals. Germany only beat the Netherlands by one, so we move on to take on the reigning European Champions today at 5 pm. More to come about that.

We had a rocky start to the game yesterday, our mood matching the overcast day. Luckily, we picked it up with some key saves by Amy in net and found more of a rhythm on attack. The refs are very conservative with calls, so we have had to be really disciplined when it comes to just about everything. Checking is pretty much out of the picture unless you want to end up four meters behind with annoyed coaches on the sidelines. 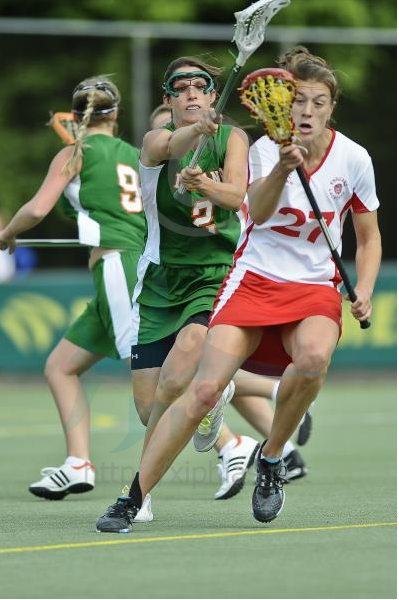 This check against England wasn’t called, but I am opting for body position from here on out.

The photographers are slacking on posting photos from our last three games. I hope that they put some up soon, so you can see us in action. Hopefully they will at least post some pictures from the men’s Quarterfinals against Germany. The men lost to Germany in regular play by one goal in triple overtime. Yesterday, they came out with fire, putting Germany on their heels and scoring relentlessly. The took the win and my voice. I was screaming and singing so loudly that my throat is raw. Our team supported them in full effect, including using a drum, flag, and even some face paint. That’s how we roll. 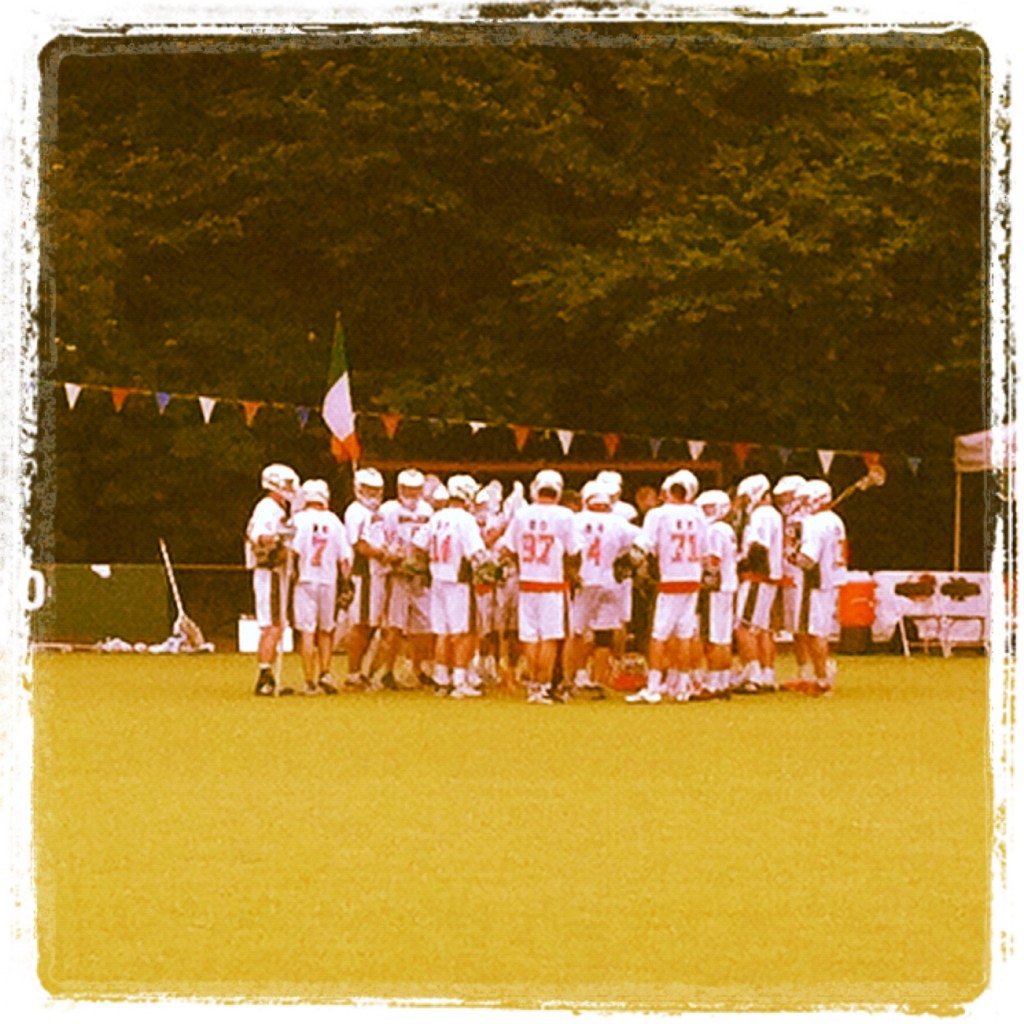 Getting ready to crush Germany! 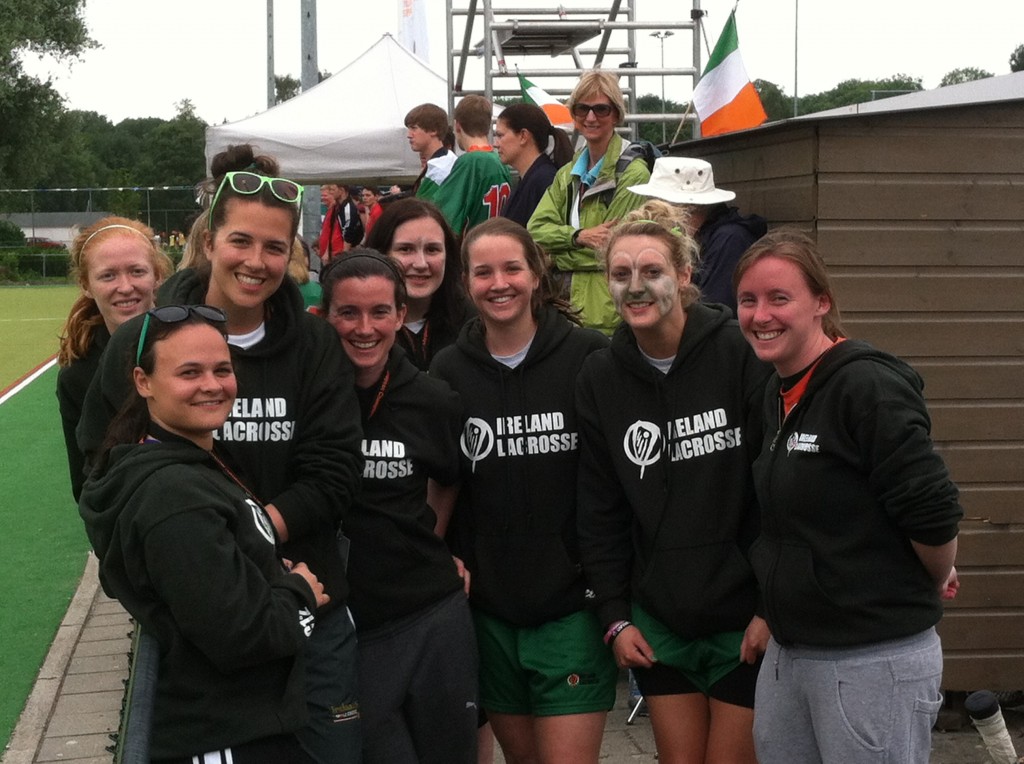 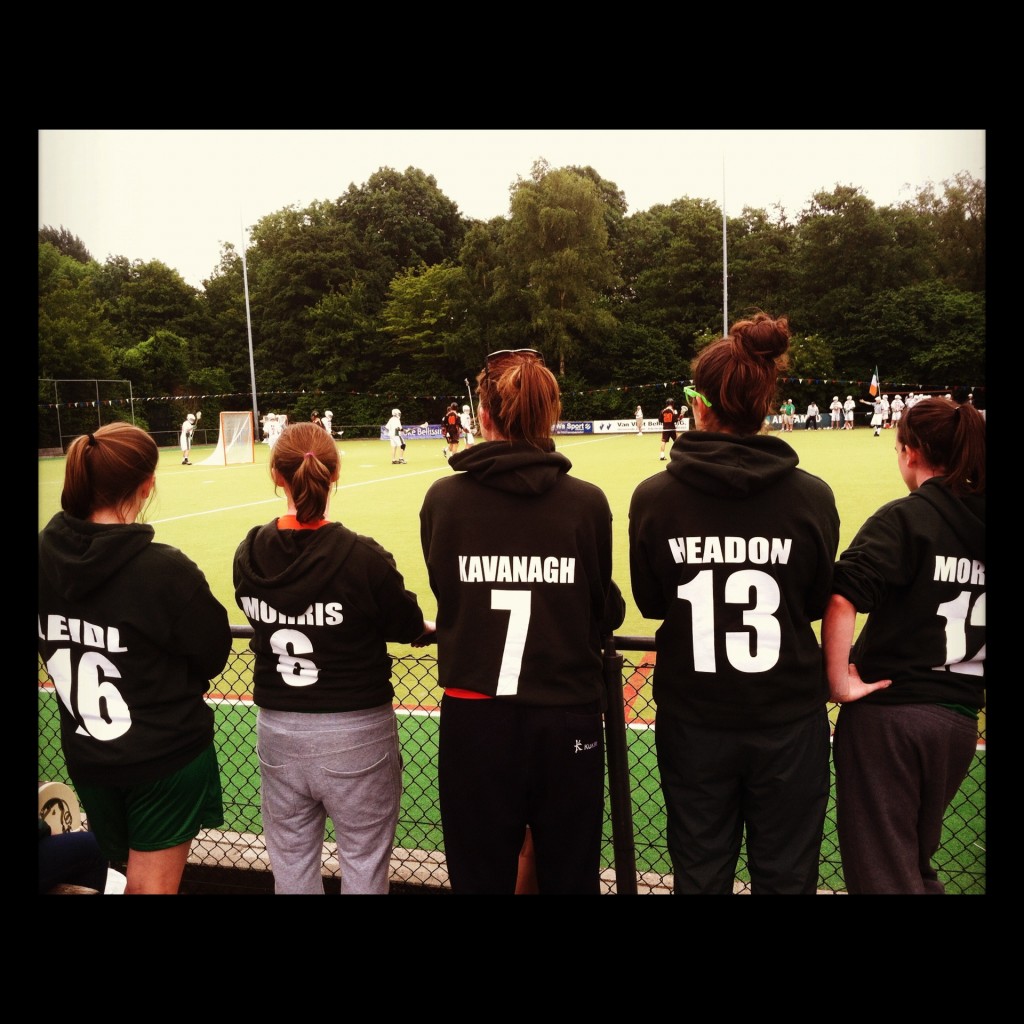 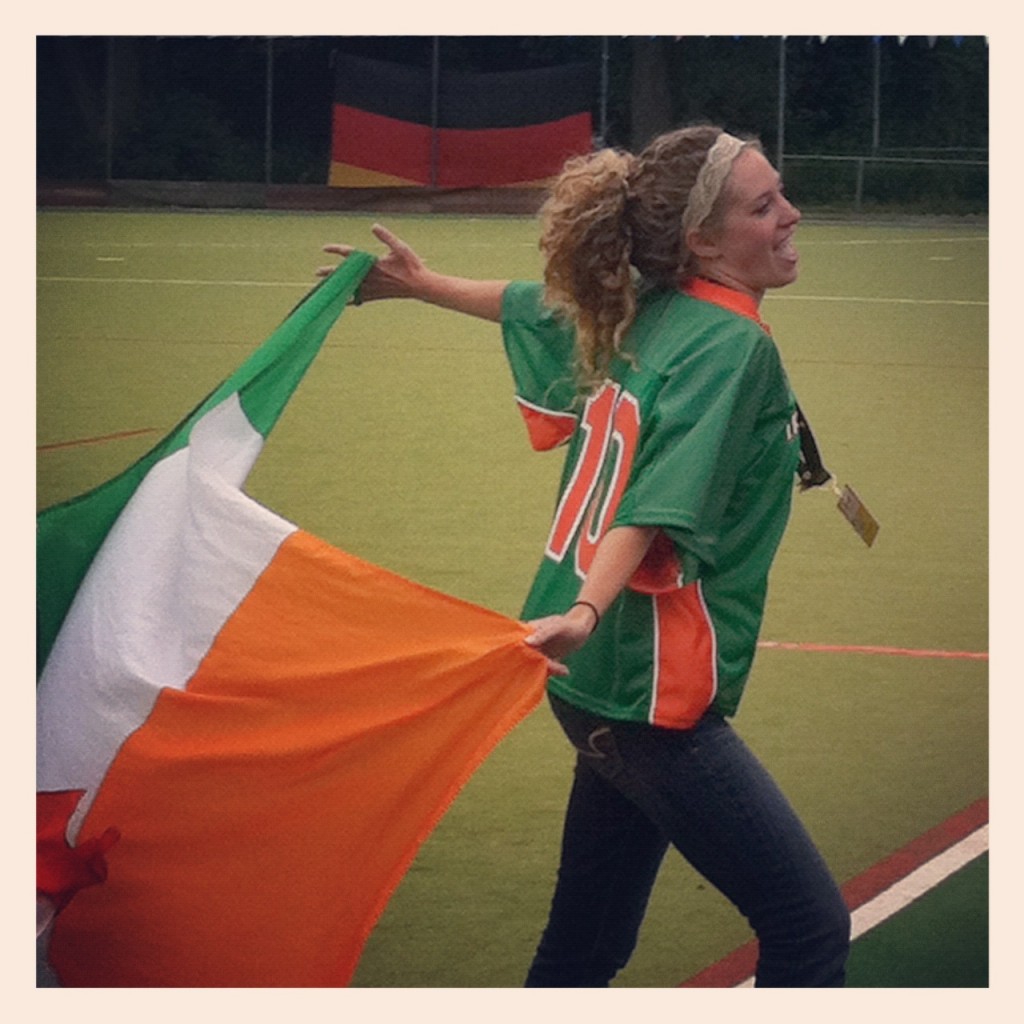 After the game, we came back to the hotel to prepare for our big game today. Luckily we have until 5 pm to prepare to be giant killers. The men’s game yesterday reminded us how heart, determination, and fire can be the perfect ingredients for success.

Wales is an excellent team. So are we. We just need to put sixty minutes of excellent play together and leave everything on the field. Then, no matter what happens, we will be proud of the outcome.

While I’m staying positive mentally, my body is betraying my hidden nerves. My stomach is all over the place and my dreams were filled with lacrosse. We need to play with the same defensive composure that we did against the Netherlands with the attacking prowess as we had against Austria and Switzerland.

I was honored to get the “player of the game” for marking out the Netherlands best player. Shifting to straight defense felt like coming home in a weird way since I played that for most of my career. However, I have to admit that notching some goals has been really fun as well. I can see how attackers love finding the back of the net. So far Laurie, Vanessa, Katelin and I have received player of the game, though there are many other players who are extremely deserving as well. Caroline and Devon both being prime examples for their play all over the field.

My hope for today is that the entire team receives the “player of the game” honor. Meaning we all play so well that it would be impossible to select an individual. It starts with the draw. Sixty minutes. Composure. Determination. Heart. And the will to win.