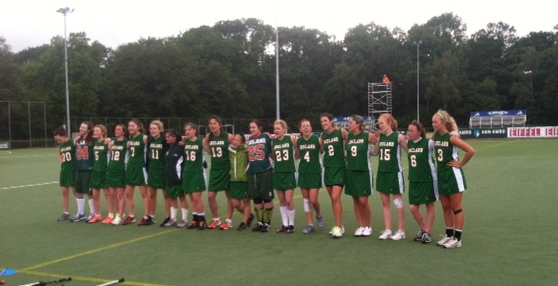 This sums up the match yesterday for us against Germany. It was a frustrating game, to say the least. The score does not reflect how close the game actually was. The score also doesn’t tell you how many fouls were called on Ireland for sneezing in the direction of the Germans. It doesn’t tell you how many times we worked hard to get the ball back, celebrated intensely with a goal, and how many hits we took. The score doesn’t show how much we improved as a team with every passing second, and how much we learned from the loss.

Hopefully our game today against the Netherlands will.

Against Austria our word was “pride”. Yesterday against Germany it was “heart”. While the game did not end with a victory, we played with heart. And I’m proud of that. 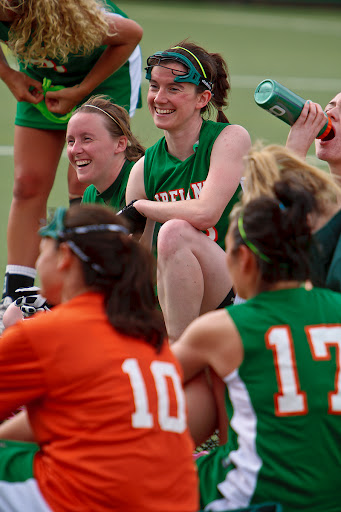 The Morris sisters smiling in a huddle against Austria

The men’s team won in four overtimes against Finland 8-7! Go those boys in green. They have been at our last two games supporting us, and it makes a big difference. It is quite something to hear people singing to you while you play. As I have said before, the support between the men’s and women’s team is special. It sets Ireland apart from other countries. 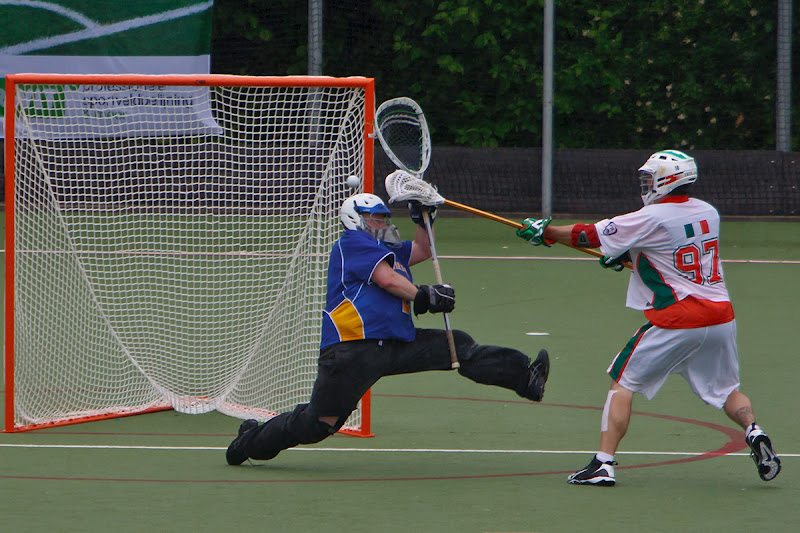 Men’s goal against Sweeden. Two wins in a row!

Here are some good pictures from the Austria game. The pictures have not posted from our game yesterday. When they do, I imagine that they will show us throwing our bodies all over the field. Ironically, I was thrown down on the field hitting my head on the turf and Germany got a yellow card warning. I did a quick stick to goal with just me and the goalie and got a yellow card for dangerous propelling. Hmm… 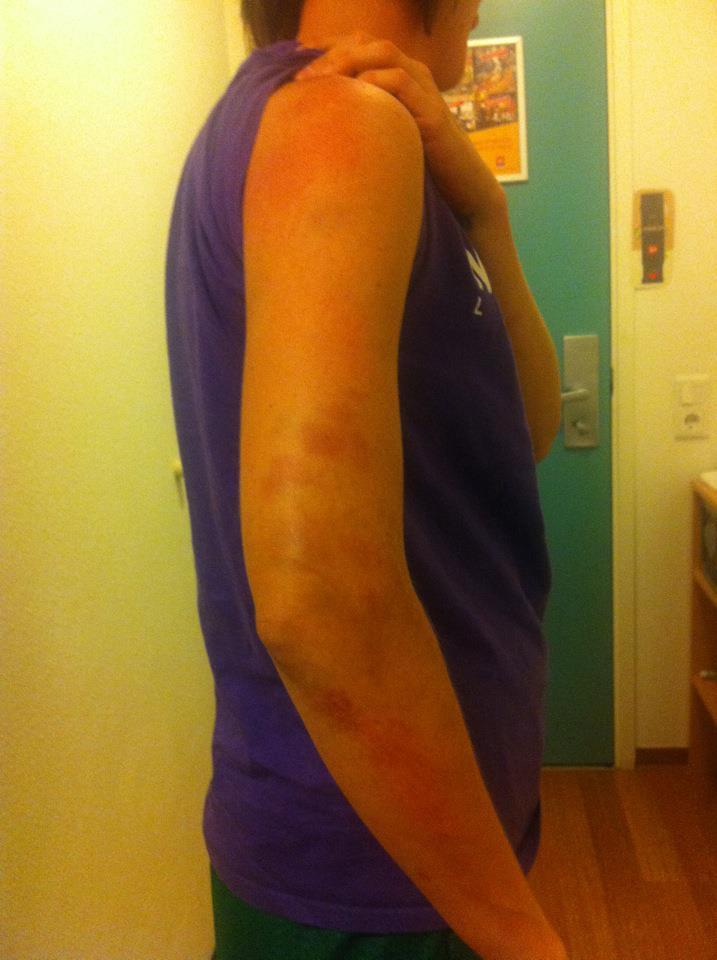 The bruises look much better in real life. Shows I’m using my left a lot! 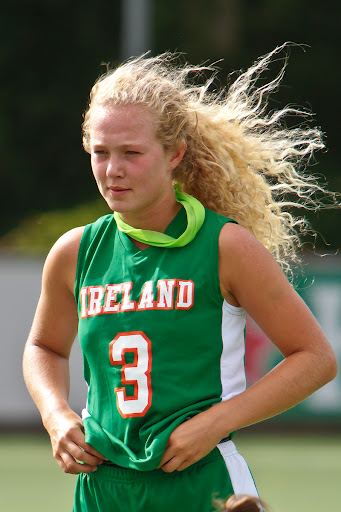 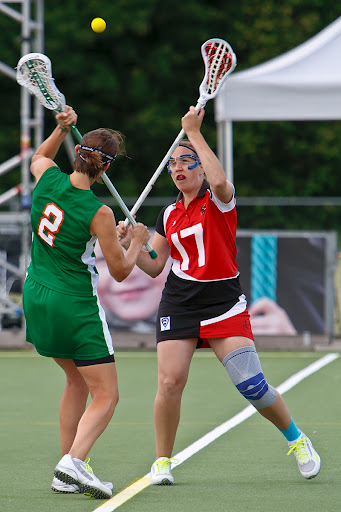 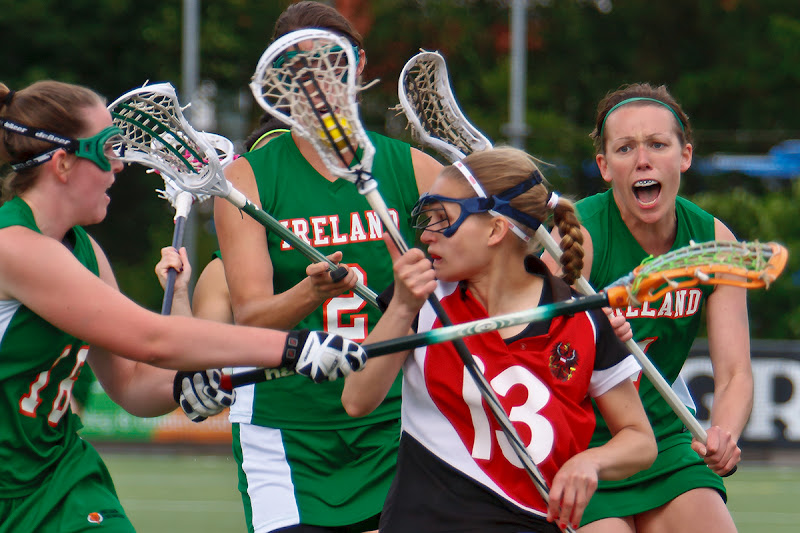 Ok off to beat the Dutch. Wish us luck! GO IRELAND!