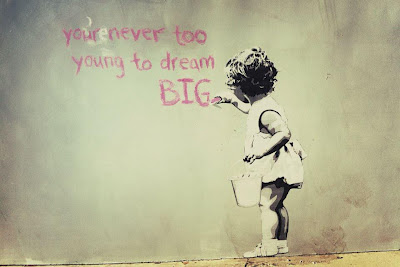 My childhood dream was to be an Olympic gymnast. As a six year old, I practiced front handsprings and handstands tirelessly. Then one day my mom broke the bad news: I was going to be tall and most professional gymnasts were very short. I was stunned. I argued with her over the accuracy of that statement, convinced I would be the first to break that record. Ultimately, her logic won out and she protected me from being the ostrich in a group of ducklings. Heartbroken and angry about my height, I hoped that one day I would be able to reach my goal in one way or another.

I have played sports all my life. As the only child of an avid sports fan and former college athlete, I don’t know if I would have had much of a choice. Luckily, my innate competitive streak coupled with my dad’s athletic enthusiasm led me to love basically any sport with a ball. I spent hours as a kid playing basketball with my dad, challenging him to shooting competitions, avidly gobbling up new moves, and getting frustrated whenever I couldn’t sort out a play.

I had an incredible experience playing lacrosse for Northwestern University’s inaugural team, winning a National Championship my senior year. However, my path through Northwestern was more difficult than it sounds on paper. Our “Cinderella Story” of forming a program and winning in four short years leaves out a great deal of ups and downs along the way.

As is true for most athletes, I struggled with injuries. While the physical hurts were bad, the mental ones were often more difficult to heal. I wrestled constantly with that devil on my shoulder telling me that I wasn’t good enough, wasn’t athletic enough, and that I should just do everyone a favor and quit.

I never could quit, and I still can’t. I love the game.

Sports teach so much about life. We learn dedication, hard work, perseverance, failure, success, and how to work as a group to achieve a common goal. Some of my toughest moments in sports gave me the biggest gifts. My breakdowns or mistakes helped me learn, grow, and help others struggling with similar issues.

After playing in college, I decided that coaching was the path for me. As I coached more, I learned so many things I wish I had understood as a player. I saw the game through new eyes.

I took a lacrosse team of eighteen high school freshmen and sophomores to Europe last summer to compete in a U-17 International tournament and to watch the U-19 World Cup. As I watched the U-19 games, a part of me began to stir. I wanted to play again.

But surely that wasn’t an option…right?

I mentioned to my friend Chip that I had duel citizenship, and that I wished I had tried out for the 2008 Ireland World Cup team. Bright eyed, she said, “Why don’t you? You should try out for the Irish team!” Quickly backtracking and stumbling over my words, excuses flowed from my mouth. I explained that I was not in shape, I wouldn’t be good enough, etc. She listened patiently and said, “You should try out.” Direct and to the point.

Our exchange lingered in my brain. The idea kept nagging at me. Each time the idea surfaced, it made me want to play a little bit more. Then I would put the thought aside, but it would reappear almost instantaneously. Finally, I gave in. I looked up the tryouts, which were two months away in Dublin, called my family, and booked a flight.

Here I am. A proud member of the 2012 European Championship Ireland Lacrosse team. I’m forever grateful to Chip for urging me to follow through, my family and friends for encouraging me, and for that nagging idea that didn’t leave me alone.

I’m on the adventure of a lifetime, and I’m thrilled to be part of it. I guess that dream to compete at the highest level never quite went away. It morphed into something even better.

Women’s Team and alternates at tryouts in Dublin 2011.

One thought on “My Journey Here”