The match did not go as well as we had hoped. We lost by a significant margin. It was a very physical match, and judging from my photo, the fouls were flying both ways. I have two massive bruises on my head and let’s not even talk about my arms. The fact that a major foul of mine was caught on film is not a plus, but I consider us even after the bruises my teammates walked away with. Well, maybe not completely even…

While it is never fun to lose, I know that the team made major strides today. Considering the fact that it was our first time ever playing as a team, plus the fact that we are playing the fourth ranked team in the world, I think we handled ourselves a bit better than what the score reflected.

I have a laundry list of things to work on (guess I will add “no cross checks” to the list), but mostly I need to remember to have fun with this amazing group of girls. I get in my head and frustrated when I really play better and enjoy myself more when I’m not calculating all of my mistakes. Who benefits from doubting myself? The other team. I certainly don’t.

We are getting prepared to face Austria tomorrow at 5 pm. Hopefully, I will have good news to report. It won’t be worse than today, so that’s already a plus!

After the game I spent some time with my mom and dad in downtown Amsterdam, the city of crazy bikers. Cars trump bikes and bikes trump people. Basically this translates to watch out. Pedestrians do not have the right of way, and a bike may hit you because you’re moving too slowly. No joke. When I took a team here last summer two of my girls were hit. I think it has gotten worse. 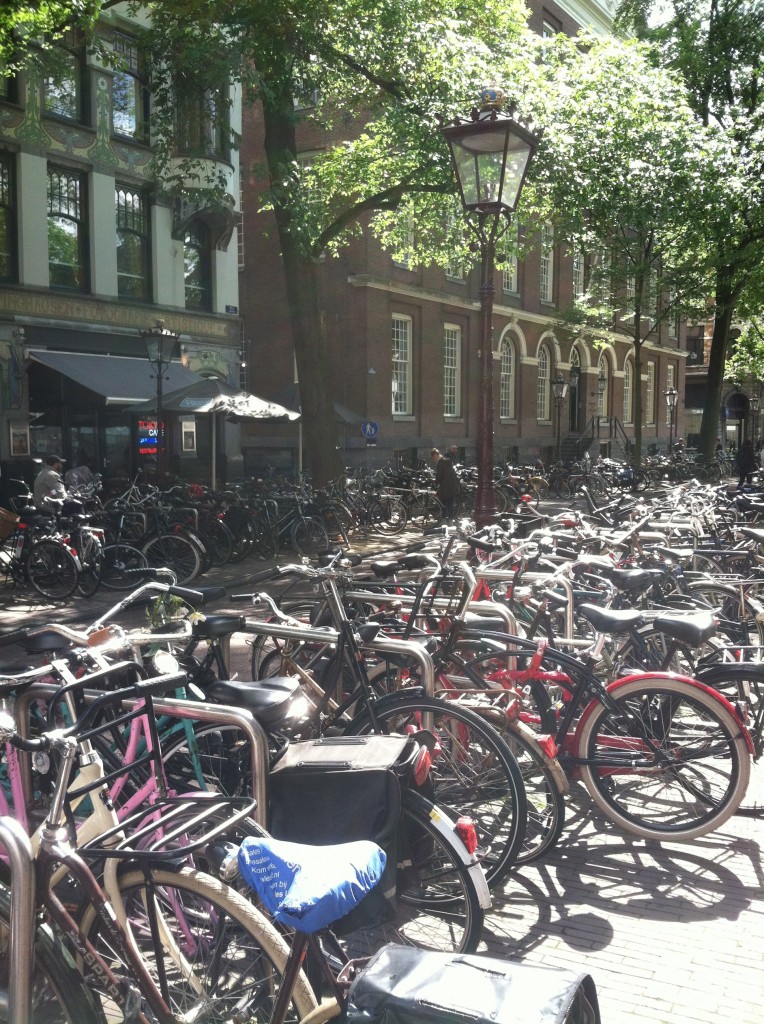 My dad arrived today in time for the game. Such a trooper. He arrived at the field, bags in hand from the overnight flight, ready to cheer on his team. Exhausted, my mom and I got him settled into his apartment after the game. I was starving, so my mom and I went in search of food, one of my favorite things in the world. My experience with the food so far has been subpar, at best. We were recommended to try a local Dutch restaurant called Moeder, “mothers” in Dutch. How fitting. We had a great meal for the second day in a row. Success.

Yesterday the team went into Amsterdam, and I stole away for a little over an hour to have lunch with my mom. Instead of hitting one of the tourist traps, we asked a local man where the best place for pasta was in the area. We ended up at a cute Italian restaurant off the beaten path with loud Italian waiters paying tons of attention to us and shouting undecipherable things to each other in Italian. Felt pretty authentic. 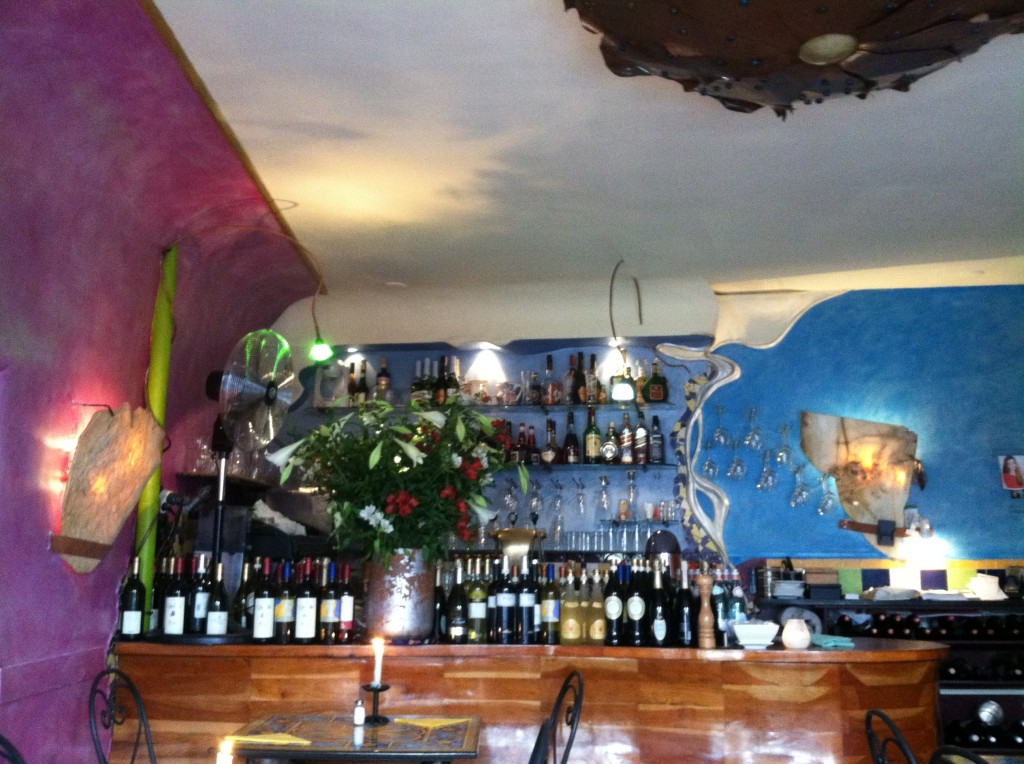 After another good meal tonight, I met up with the team to cheer on the men against the Netherlands. They gave it a good go, but lost the lead with one quarter to go. Hope that the luck of the Irish will kick in for both teams tomorrow! 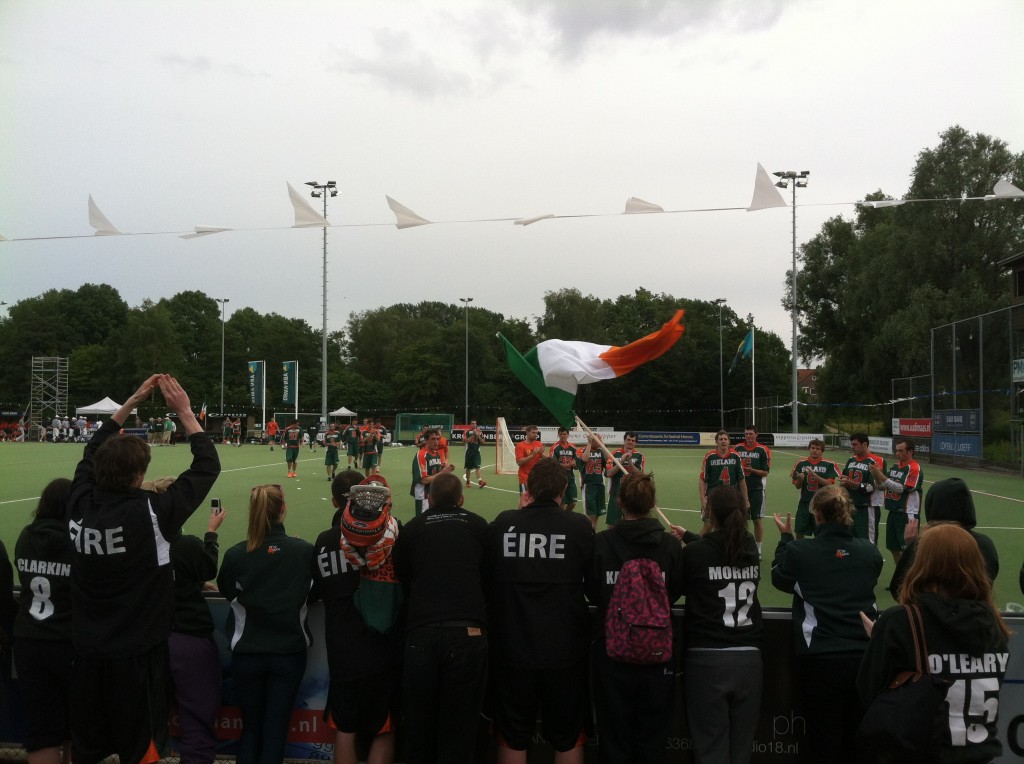 One of my favorite things about wearing green and playing for Ireland is the camaraderie. The Irish bleed loyalty and teamwork. After every match the men’s team goes over to their fans, clapping to the fans in appreciation of their support. The women’s team sings “Ireland’s Call” to our supporters, which chokes me up every time since the song drips with country pride. Mine grows daily. 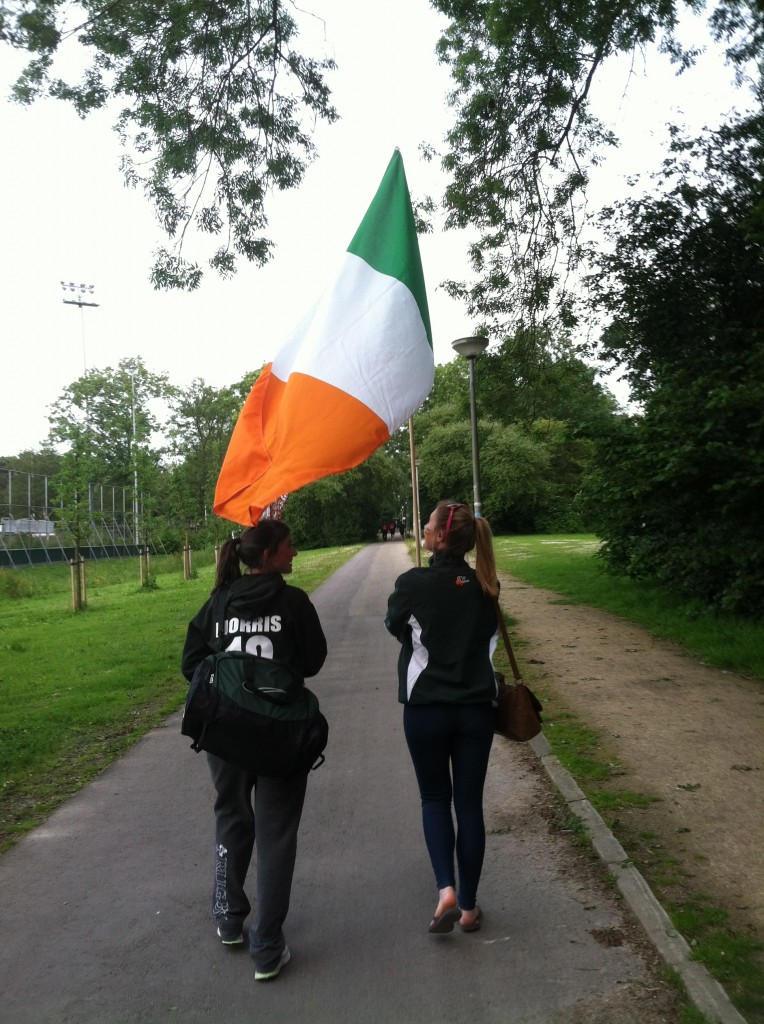 Off to bed to rest up for our big game tomorrow. I think that we will come out fighting from the first whistle. GO IRELAND! BEAT AUSTRIA!